Plumbing is not just for fluids

Michael Johas Teener is currently a Plumbing Architect / Distinguished Engineer at Broadcom with major responsibilities for time-sensitive and high performance/low cost network technologies. From 2002 until 2004 he was Plumbing Architect at Apple, a title that he also held from 1988 until 1996. Between his two stints at Apple he was Chief Technology Officer of Zayante, Inc., a FireWire technology provider he co-founded in 1996 and was acquired by Apple in 2002. He was the chief architect of Apple's Firewire technology, and was a major contributor to much of the technology now consolidated under the 1394 standards. His career began in Santa Monica doing simulation, real-time software and computer hardware design for very leading-edge radar and sonar systems, and was later the primary hardware architect for two early digital PBXs (including the first use of Ethernet in a distributed telephone switching system).

Mr. Johas Teener received a BS from Caltech in 1971, an MS from UCLA in 1976, and holds 67 patents (and over 70 more in process), mostly related to telecom, FireWire, and time sensitive networking.

You can contact him using his I-Name: =Michael.Johas.Teener, which, unfortunately is not a technology that is catching on ... instead we use OpenID (https://creativecommons.net/mikejt/) or just Google (https://www.google.com/search?as_q=michael%20johas%20teener) or, God help us all, social networks like LinkedIn or Facebook. 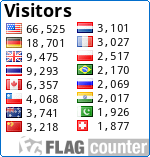